What do these two people have in common? 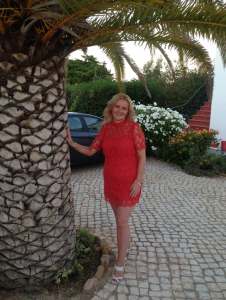 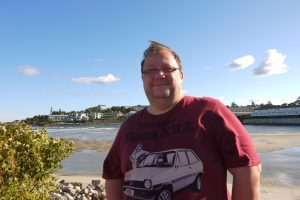 Person Two  – Aged 49 – Married – No Children – Lives in Stoke on Trent – Just booked the trip of lifetime to celebrate his fiftieth Birthday, his wife’s fiftieth birthday and their tenth wedding anniversary.

They both died from pancreatic cancer much too soon one on the 14th June 2014 and one just three months later on 15th September 2014.

Pancreatic cancer bought together two strangers, one is Sarah the daughter of a 50 year old lady called Evelyn and the other is Lesley the wife of a 49 year old man called Seth. Both of these strangers decided to trek the Great Wall of China in 2015 just 13 and 16 months after the death of the people who were the centre of their worlds. 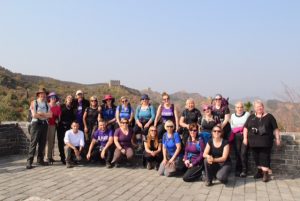 What else do Evelyn and Seth have in common ?
Sadly they both died just 33 short and heart-breaking days after their diagnosis. A period of time that they had in common but a very different experience of the disease.

Seth was told at point of diagnosis that he had days maybe weeks to live and our remaining time was spent openly acknowledging Seth’s imminent death and supporting each other in that desperately sad knowledge. For Sarah and Evelyn at the point of diagnosis it seemed like there was hope, there was hope because the surgeon thought he could perform a whipple operation, however this proved to be a false hope, because after Evelyn’s trip to theatre it was discovered that the cancer was inoperable. Again for Evelyn there was hope that palliative chemo might help and prolong her time with her beloved family and this hope was dashed when she died 19 days after her failed surgery.

Two very different journeys; one with the time to explore the imminence of death and one where hope was driving the conversation away from death towards hope. Both equally as heart-breaking but with different implications for those left behind, always with the injustice of just 33 days from diagnosis to death.

Both Seth and Evelyn had few signs or symptoms until a couple of weeks before they were diagnosed and to look at either of them they looked so “normal”. Evelyn actually worked in a GP surgery and despite being surrounded with GPs and nurses no one suspected anything was amiss.

That’s what happens with pancreatic cancer, its stealth like, it multiplies, it spreads, and it doesn’t reveal its devastation until it’s at a late stage, unless you know what to look for you might just recognise the symptoms and be able to catch it early. So awareness is key.

That’s why both Sarah and Lesley and the other 28 people involved in the #pancanstories  shared their stories to help others understand and be more aware.

Sarah shared Evelyn’s story as part of awareness month in November 2017 telling the story Looks can be Deceiving and today she has bravely been sharing that story again on BBC Radio Coventry and Warwickshire, (starts at 2.12) speaking in memory of her mum to help others. I know that Evelyn would be immensely proud of her wonderful daughter and I hope that Sarah is proud to know that one of our pancreatic cancer nurses are using her film to educate medical and nursing students about pancreatic cancer and what to be aware of.

For me my trip to trek the Great Wall was a massive achievement which evoked so many emotions given that China was the planned destination for Seth’s and my birthday /anniversary celebrations. For Sarah it was an emotional trip doing something in memory of Evelyn to help others. The experience in China created lasting bonds with all of the people on the trek who were there in honour of their lost loved ones. I am very happy that during that trip we met each other, that we have kept in touch and have been able to share Evelyn’s story to help others.

The story of four people who on the surface have little in common but just below the surface there is the devastation of pancreatic cancer and very human emotions that come with feeling a connection to someone else’s grief.

In memory of Evelyn Lydon 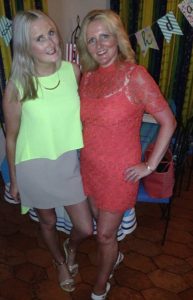