In early 2016 I was looking for an idea to raise funds for Pancreatic Cancer UK, after the death of my husband Seth I decided to raise £49,000 for the charity in memory of Seth and it was to be £1000 for each year of this life.

Living in Stoke on Trent the home of pottery industry I was thinking about a mug but it had to be in purple and it had to be tasteful and modern. So I contacted an ex work colleague who worked at the Emma Bridgewater factory and that’s where it all started.

In February 2016 the design was agreed and production would be complete in late May 2016 and 1000 Purple Star Pancreatic Cancer UK mugs would be produced.

I had agreed that I would set up a website and giving my own time and with the help of friends would pick, pack and post the orders. That was the plan but the overwhelming response meant that we could not get the orders out quickly enough and there were so many trips to the post office. All 1000 were sold and over £7000 was added to the fundraising total. 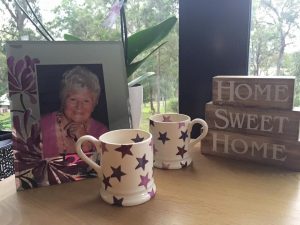 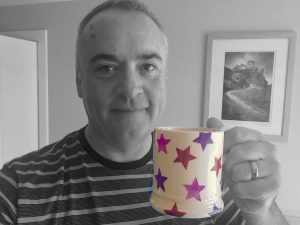 Another 1000 mugs followed in June 2017 and they sold out even more quickly than the last batch and then in 2018 we have the milk bottle vases. 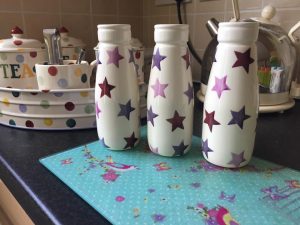 Over the-last three years the pottery sales will have added over £22,000 to the fund raising total and the support, awareness raising and demand has been phenomenal.