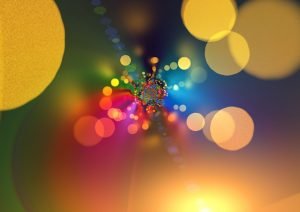 We all move every day, moving is sign of life, an energy, movement denotes vitality, if our bodies didn’t move we wouldn’t be alive; we would cease to exist.
People move house, they move about, they get a move on, they are moved by things and when they are bereaved eventually they are expected to move on.

Moving on that phrase that is used to describe a point in the grieving process where it’s deemed by others as healthy to make a conscious change, to accept what’s happened and put the past behind you.

You can’t move on because your life is intertwined with that person who died and besides the undeniable truth is, that you don’t want to move on. What you want is the person who died, you ache for their touch, you yearn to hear their voice, you are bereft without their physical presence ….you need and want them so much.

In the hours just after Seth died I couldn’t move, I remember coming from the hospital and I was unable to function, it felt like I was unable to drive home, unable to go back to our house, a house that would never have Seth in it again.

It felt like a swathe of warm stiff concrete had started to settle around me, enveloping me, keeping me upright, keeping me from falling apart and stopping me from moving. The concrete allowed me to feel the raw agonising pain but it kept me together, at least enough to give the impression to others that I was acknowledging my grief.

In those first few blurry days I would find myself sitting in the same chair for hours just numb and unable to move, locked in grief, grief was my pseudo concrete swathe. Time for me was no longer a concept or a tangible measure, time for me was an emotion and it had been since 13th May thirty three short and heart-breaking days before; when Seth was told he was dying.

Time and tide though as the saying goes “waits for no man” and time was moving on, time moved on enough for me to accept that Seth’s funeral needed to be arranged, death certificates, decisions, services, fulfilling Seth’s wishes. So with a Herculean effort and a heavy heart I flexed the concrete swathe and moved into action. Moving to fulfil the dying wishes of the man I loved with all of my heart. During Seth’s short illness I had been so moved by his courage, selflessness and acceptance of his impending death that I now had to move to honour him. It felt like when I started moving it was such an effort that I would never stop, moved by determination and love, it felt like the desolation of my grief finally moved me with the force of tsunami

Then October 6th Seth’s 50th birthday and soon after the first heart-breaking dreadful Christmas without my soul mate and then a new year 2015. 2015 the year that would mean I had to tell people that my husband died “last year “ a step that moved me forward in time; for me a conceptual move over which I had no control.

There were times in the early days where I felt so lost, so alone, so completely devastated by the thought of a future life that didn’t have the love, the warmth, the fun, the jokes and the humour that was so familiar, it was the essence of Seth. These were the times where I could not move, locked in the concrete swathe knowing that if I tried to move things would fall apart. Yearning for our familiarity, that feeling of a love reciprocated, that feeling of loving every minute you spend with someone that you adore, that feeling of loving your soul mate

As the days, months and years moved on I continued to experience time it as a deep emotion. I found to my surprise that on some days, I could move I could break free from that swathe of concrete and move again. Then I started to move, to do things that Seth and I had talked about when he was diagnosed, to fulfil some of things he asked me to do when he was no longer here.

Many activities followed, fundraising, the Great Wall of China, Homeward Bound, Purple Rainbow … I went from being unable to move, from a painful place swathed in concrete to moving freely and with some momentum at what felt like a million miles an hour.

Time continues to be an emotion, time is a daily challenge through which I have to fight and struggle; sometimes I am weighed down by the swathe of concrete, sometimes I can liberate myself from it and sometimes I voluntarily wrap myself in it to bask in the raw emotion of searing pain. I find myself between these places, oscillating between stagnation, achievement and self-protection.

2017 was a significant year for me, fulfilling Seth’s last wishes, changing Seth’s and my home into a home just for me, going to Rome and being in Norway for Christmas were all so important. They were all signs that I was moving, I was moving forward with Seth’s love, spirit and humour ever-present. I will continue to move forward but I can never move on … how could I move on from Seth? He is my soul mate. 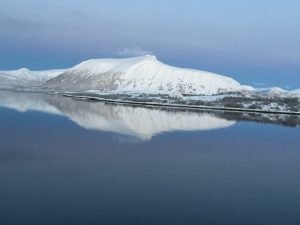 Seth you know that you have my heart forever and that fact is immovable but be assured I will always move forward with you in my heart.